An important upcoming Mongolian cultural event this fall is the opening of the award winning Mongolian film KHADAK in New York City on Oct. 12th, Chicago on Oct. 19th, Seattle on Nov. 2, and San Francisco on Nov. 9th, with more dates to follow. See below for synopsis and info, more available at www.khadak.com

Set in the frozen steppes of Mongolia, KHADAK is a magical-realist fable, which tells the epic story of Bagi (Batzul Khayankhyarvaa,) a young nomad shepherd who confronts his destiny to become a shaman. After a plague strikes their herd, Bagi and his family are relocated to a mining town. There, he saves the life of Zolzaya (Tsetsegee Byamba,) a beautiful performer/coal thief. When Bagi discovers that the plague was a government lie fabricated to eradicate nomadic life, he and Zolzaya incite a revolution. Bagi's shaman powers help rally his people, but will they ever be able to return to their former lives?

Documentarian Peter Brosens is known for his internationally acclaimed Mongolia trilogy (CITY OF THE STEPPES, STATE OF DOGS, and POETS OF MONGOLIA), which screened at over 100 festivals including Venice and Toronto. Also trained in documentary filmmaking, Jessica Woodworth’s first film, URGA SONG, was shot in Mongolia. It was followed by Morocco-shot THE VIRGIN DIARIES, which was nominated for the FIPRESCI Award by the International Documentary Film Association. KHADAK is their first feature film.

“Brosens and Woodworth have a directorial touch to match the ravishing landscapes and flinty people. It's part political thriller, part social document.”
Time Magazine
Posted by Mongolian Culture at 8:54 AM No comments:

The Historical Role of Women in Mongolian Society and Culture 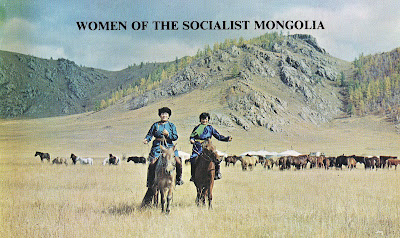 Cover Photo from 1980' Pamphlet titled, "Women of The Socialist Mongolia"


The role of Mongolian women in Mongolian society and culture has been prominent in large part due to the need for sharing the Mongolian nomadic life style's strenuous herding and household workloads in an extreme climate. Mongolian women have been known historically for their physical strength, bravery, and devotion to family.

From the earliest Mongolian history available to us we can see the deep bond between Mongolian women and their children. In the most important Mongolian historical account available to us, 'The Secret History of the Mongols' written in the thirteenth century, we can read of numerous episodes in the life of Chigghis Khan and his family where the actions of his mother and wife were pivotal to his life and those of his descendants.

Chinggis Khan's deep love and respect for his wife Borte is depicted through the telling of several historical passages in 'The Secret History of the Mongols'. We see the powerful influence of Khubilai Khan's mother in his development and eventual rise to power and rule over all China.

Labels: The Historical Role of Women in Mongolian Society and Culture 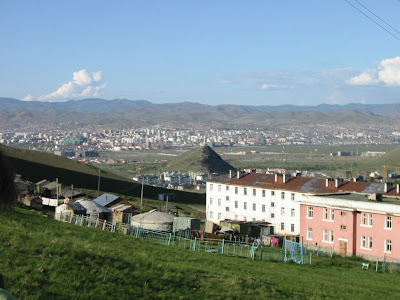 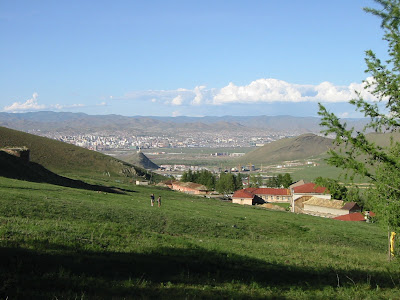 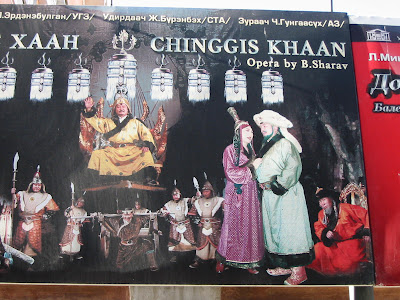 
Mongolian traditional culture has evolved and adapted to modern audiences in Mongolia by appealing to Mongolian people's interest in historical dramas which have the universal themes of love stories, heroes, heroines, and windswept landscapes.

The success of these historical period dramas on Mongolian television, on stage, in film and even opera conveys the lasting power of ancient traditional symbols and historical characters. Mongolian culture has thus far managed to combine some of the old cultural themes for modern Mongolians, thus preserving what is classical form and presenting it through very modern production media and methods.

Time will tell if these ancient themes will be able to attract the young Mongolian audiences which comprise the majority of Mongolia's population.
Posted by Mongolian Culture at 12:18 PM No comments: 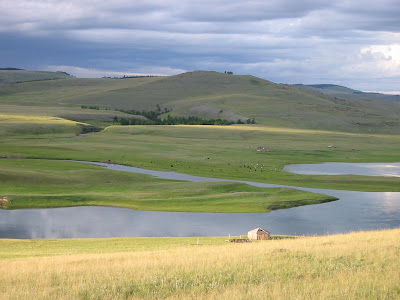 Sun and Clouds, Hovsgol Aimag
Posted by Mongolian Culture at 1:47 AM No comments: 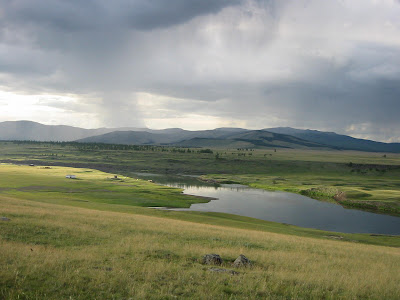 Rain Clouds in Hovsgol Aimag
Posted by Mongolian Culture at 1:43 AM No comments: 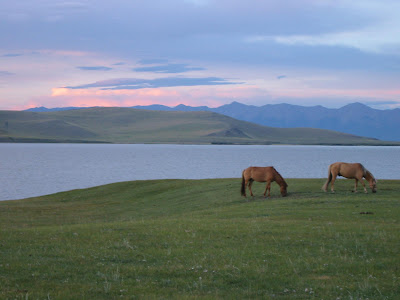 Mongolian Horses in Hovsgol Aimag
Posted by Mongolian Culture at 1:29 AM No comments: