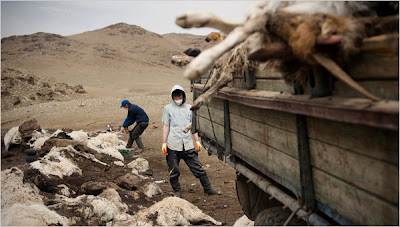 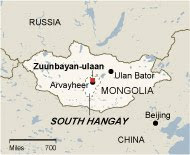 As he sat in his yurt drinking salty milk tea and smoking tobacco rolled in a strip of newsprint, a crew dragged off the carcasses and heaved them into rickety trucks. “I can’t bear to watch,” he said.
Posted by Mongolian Culture at 12:53 AM